Happy Ireland can help you convert Vinyl to CD or Mp3. A gramophone record, known as a vinyl record or LP, is an analogue sound storage method. It is in the form of a flat polyvinyl chloride disc with an etched spiral indentation. The groove usually starts near the edge and ends near the middle of the disc.
Vinyl records were the primary medium used for music distribution until the late 20th century. From the late 1880s, it had co-existed with the phonograph cylinder, and then replaced it by the late 1920s. Vinyl Records were still very popular even when new formats such as compact cassette were mass-marketed. However, by the late 1980s when digital media in the form of the compact disc gained a larger market share, the vinyl record left the mainstream market in 1991. Nevertheless, Vinyl records continue to be manufactured and sold on a much smaller scale and are primarily used by DJs. Their popularity is growing again, and they are often used by certain niche artist and genres.

We play all records that we receive on studio quality record decks, with only the very best arms, cartridges and stylus. The audio is run through a high-end amplifier and graphic equaliser, then fed directly into a computer via a professional sound card. We process the audio to remove crackling, clicks, pops, and noise. Then we balance chapter point, enhance and master the audio files. The result is subject to our own stringent quality control, detailed in the customer work order under audio quality issues. Finally, it is burned to CD or MP3.
RPM stands for revolutions per minute, as in how many times the platter will spin completely in a minute. Vinyl records can be played at one of three speeds: 33 1/3 RPM, 45 RPM, and 78 RPM. However, the 78 RPM Vinyl LP records are rare. Most full-size 12-inch vinyl records will be 33 1/3 RPM, though some — mainly EPs and maxi-singles — will be at 45 RPM. The vast majority of 7-inch vinyl singles will be 45 RPM.
Vinyl to CD transfers will play on your CD player or computer and will feature a track list for each side and track. Each CD can accommodate up to one hour and twenty minutes.
Vinyl LP record transfers to WAV (for Windows), AIFF (for MAC) or MP3. Each side and track will be saved as an individual audio file. The files will be ready to play on your computer or laptop and are ideal for storage, or for importing into your computer editing software to create your own CDs. 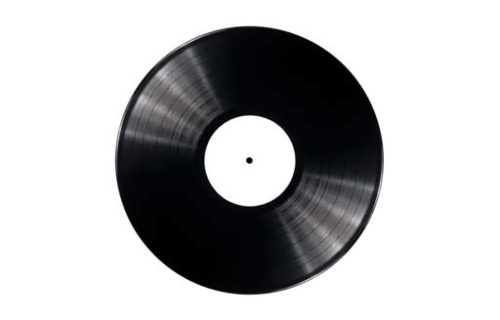